Tomorrow, July 29th is a big day... the CD that Whiskey Jack recorded with Stompin' Tom in 1993 is being re-released by Universal Music Canada. We'll be hosting a big party to celebrate this event at Lula Lounge on October 19th...details to follow. I just rec'd a copy of the cover. 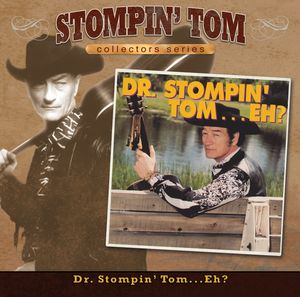