Erin Davis from CHFI fame was recently interviewed on a podcast called Toronto Mike'd. It was an all encompassing conversation and in a round-about way, she made mention of Whiskey Jack. Her husband Rob Whitehead played bass for us for many years. She also spoke glowingly of Arlene Zock, our brilliant vocalist who died in 2011. I'm very pleased to announce that Arlene's fans can now, for the first time, listen to her on Spotify, Apple Music and all the other streaming platforms. I'm sorry it took so long to make this happen. 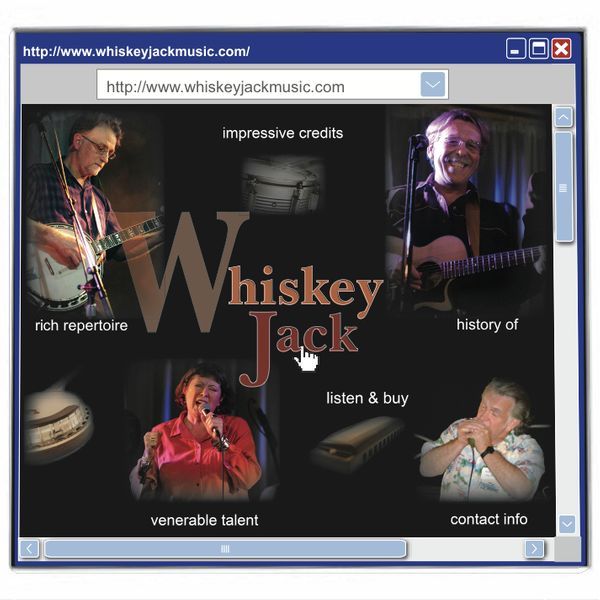 The title fo this 2006 album is whiskeyjackmusic.com but retailers take issue with websites being the album name, so it has been reverted to a self-titled album. This is a star studded group of Canadian musicians and it begins with our long time producer and often bass player, John Switzer. John's mixing talent and his ability to get great performances from everyone is all over this CD. Then there's my long time guitarist/vocalist and very loveable, Bob McNiven (check out his sizzling guitar solo on My Window Faces The South); Greg Street (5 time winner of Canadian Bluegrass Bass Player of the year) is a bass player's bass player; harmonica wizard Howard Willett (his solos give me goose bumps); the late and amazing Steve Klodt on accordion; Steve Briggs (yes, that Steve Briggs) on mandolin (check out his solo on In A Prayer); the fantastic Michelle Josef on drums; Randy Morrison, 5 time Canadian National Bluegrass Fiddler and yours truly on banjo.

There have been a lot of exceptional versions of Whiskey Jack over the last 43 years, including the present incarnation, but the 2006 group of musical friends was special. Being able to add my voice to the McNiven/Zock duo was a high I'll never experience again. https://music.apple.com/ca/album/whiskey-jack/1492185718